Upon viewing Frank’s work for the first time, I felt a visceral reaction. There was something alluring about the brightly hued, collaged surfaces of the canvas. The combination of saturated colors, the musical application of paint, and the varied layers of familiar ad icons stirred within me a sense of nostalgia and curiosity. Every time my eye scanned the canvas, I saw something new, yet intensely familiar. Bits of cartoon clippings I enjoyed as a child, American currency, patterns, images of celebrities all coalesced to form the image of a beautiful woman.

As I continued to look, I considered the balance of the familiar and the new. Immediately, I saw a parallel to the works of Gustav Klimt with a touch of Andy Warhol. Klimt, an Austrian symbolist painter, was fascinated by the female form. He used geometric forms and stylized motifs to enhance the inherent beauty of his female subjects. While symbolist painters used mythological and dream imagery, Frank uses popular culture and advertising, reminiscent of Warhol.

The canvases become a testimony to the bombardment of images occurring in daily life. The average person is exposed to over 3,000 advertisements a day. By using commercial elements, Frank seeks to blur the lines even further.

Frank’s art also aims to explore the tension between the past and future. He is not interested in creating a romanticized image of the past. Rather, he draws on the collective visual history to create a truly modern image. The collage component acts as a time capsule, capturing the spirit of the past while the painted surface conveys future ideas of art, the body, and aesthetics. The nostalgic elements in the artwork reflect the uncertainty of our times. We cling to the familiar when we are afraid or confused. Yet Frank uses these elements to create a symbol of hope. Nostalgic images are recycled, creating something modern and unique.

The progression of Frank’s portraiture also captures the human psyche.

The increased number of images within the faces of the women, accompanied by apathetic, sometimes anxious facial expression reflects the matter at hand. Because modern life has become so commercial, we are left over-stimulated. The imagery we see depicts an impossible standard of beauty. Advertising tells us to subscribe to this standard - if we buy a product, our problems will disappear. But, instead of subscribing to this impossible standard, what if something new emerged? I think about this question every time I view Frank’s paintings. And I hope, that perhaps with all the artifice of commercialism, a new ideal can be created. 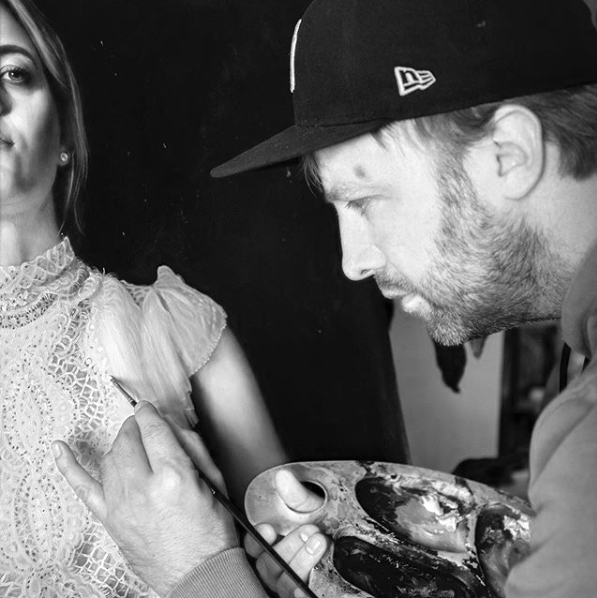 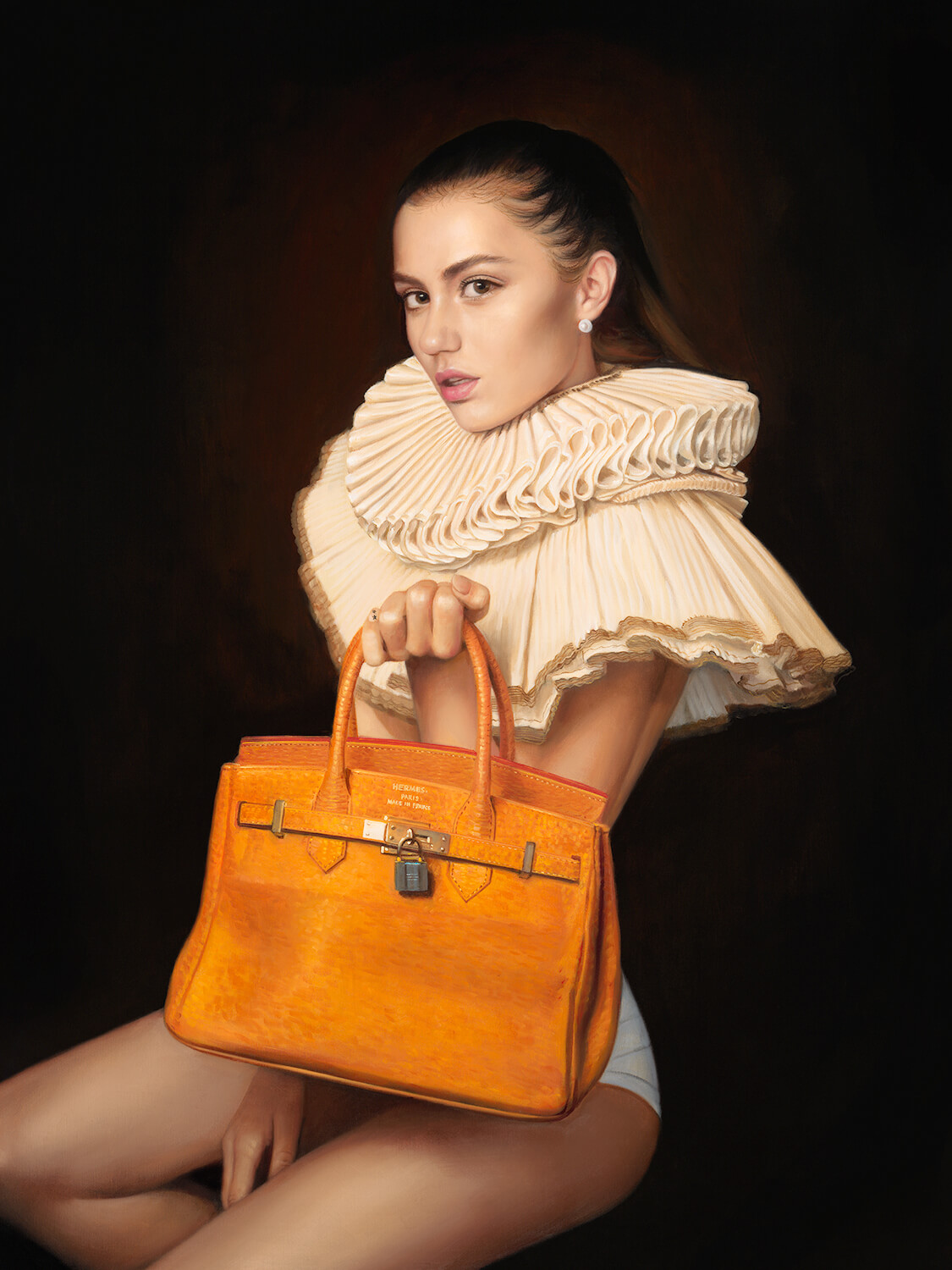 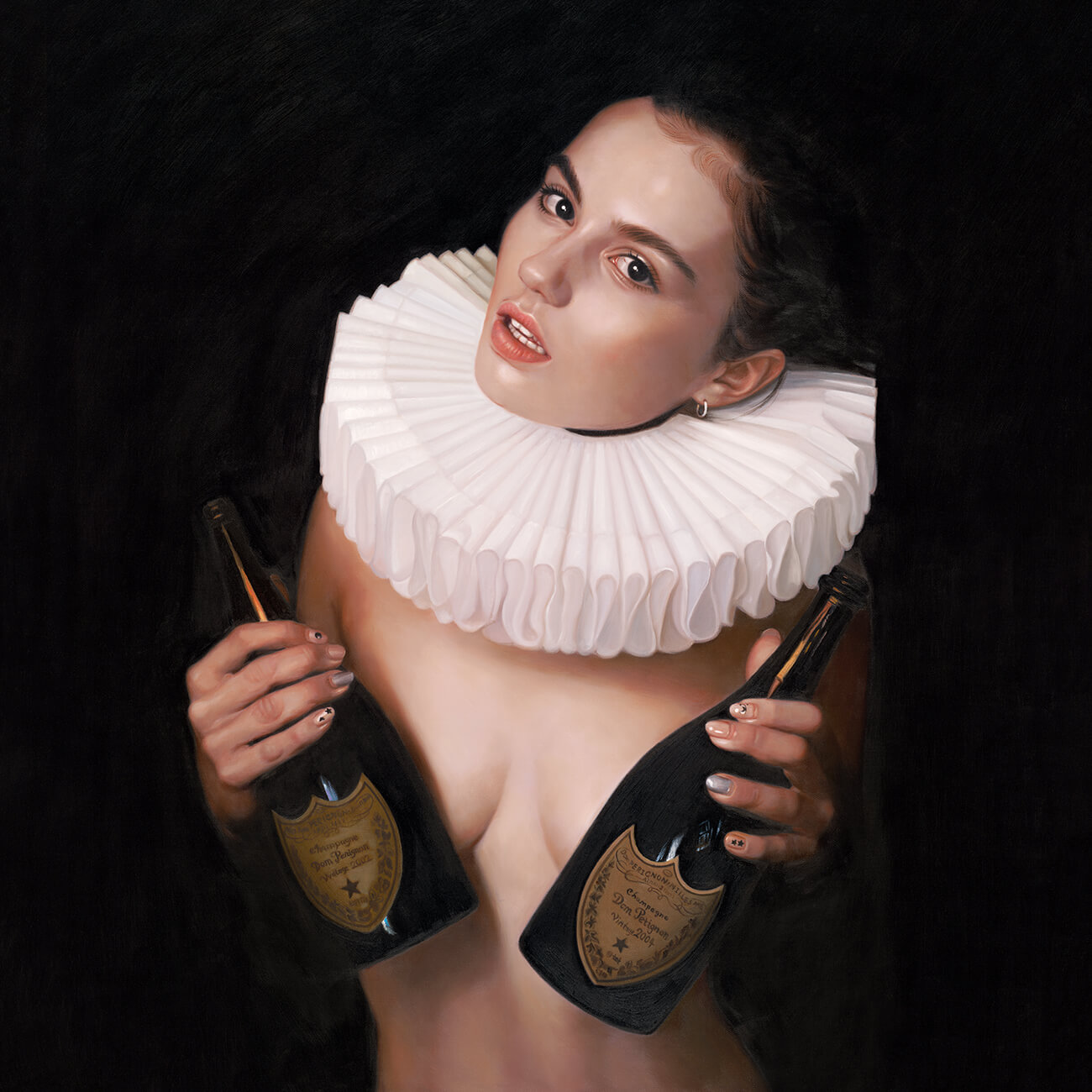 Decouvrir plus
Frank E Hollywood
She is vintage
1 500€